There is absolutely nothing wrong in being anxious. When faced with a problem or a situation, people experience anxiety. Most people have the tendency to worry when trying to finish a deadline that seems impossible to beat like cramming for final exams, or when preparing for a job interview. Just like other emotions, such as fear, anger, sadness or happiness, anxiety is a normal reaction that helps a person cope and deal with the present situation. It is common and plays a significant role in relation to a person’s ability to adapt and survive. It is when anxiety gets out of hand and leads to an unreasonable fear or worry of daily activities that it becomes an anxiety disorder.

Joining support groups help people by encouraging them to share their problems as well as their achievements. Opening up helps a person unload feelings that are bottled up inside. Meditation and relaxation, on the other hand, ease anxiety through its calming effect that enhances the benefits of the therapy.
Two previous studies comparing meditation to other relaxation techniques had been reviewed to reveal that both alternative therapies were equality effective in reducing anxiety. The first study compared meditation with biofeedback, while the second study compared mindfulness meditation to yoga.
Transcendental meditation involves focusing the mind on an object to achieve stillness. EMG (electromyography) biofeedback measures muscle relaxation and teaches people to control their own level of muscle relaxation. Mindfulness meditation teaches awareness of one’s thoughts while maintaining detachment. Kundalini yoga includes a meditative form of breathing known as pranayama.

Both studies proved that meditation was comparable to other forms of relaxation therapy in reducing anxiety. However, while no side effects were associated with meditation, about 33%-44% of the participants involved in the studies dropped out, suggesting that people with an anxiety disorder may have a hard time sticking to a meditation regimen. But the small number of people involved in the studies makes it difficult to draw any firm conclusions about the effectiveness of meditation and relaxation techniques in the treatment of anxiety disorders. Further studies are recommended to determine the roles of alternative therapies in treating anxiety disorders.

Other findings are as follows:

At the first sign of the disorder, consult your family doctor to determine whether the symptoms that alarm you are due to an anxiety disorder, or could be another medical condition, or both. 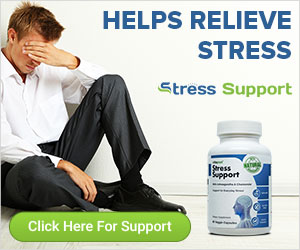